Have you tried Timex?

You might have had one of these in your earlier days. A Timex watch! But how did the brand come about? The history of Timex isn’t a linear affair, it’s a hard-scrabble tale of survival in corporate America. Timex hasn’t defined the way we see watches or tell time, but rather morphed to stay ahead of public interest and in so doing, introduced many a nascent watch fan to the wide world of horology.

The company we know today as Timex was originally founded as a clock company in Waterbury, Connecticut. It all started when Benedict & Burnham, a major brass manufacturer, decided to branch out into clock-making. The firm was already hugely successful. It had gone from making brass buttons for soldiers to becoming USA’s largest manufacturer of brass fixtures, appliances, and hardware.

Yet, headquartered in Connecticut’s Naugatuck River Valley, B&B couldn’t help but notice the impressive growth of the American clock industry. The dedicated clock manufacturers of Naugatuck Valley, steadily producing millions of clocks, inspired admiration nationwide as well as abroad. The region was rapidly gaining a reputation for exceptional watchmaking, dubbed by some as the “Switzerland of America.”

So, in 1854, Benedict & Burnham established the “Waterbury Clock Company” and began production of clocks with brass movements. Waterbury Clock Company’s main aim was to offer clocks of outstanding quality, like European-crafted timepieces, but at more affordable prices. As we’ll see, this consumer-friendly company philosophy has persisted all the way through to Timex’s current-day operations.

WCC was able to offer its clocks at a lower price point due to its innovative mass production methods. Paramount to the firm’s unique manufacturing approach were movements built using parts machine-stamped from sheets of brass.

The manufacture also made history by employing a high number of female employees. Women, WCC reasoned, having smaller hands and slender fingers, could readily handle delicate operations crucial to watch assembly and finishing. By the 1880s, up to 40% of WCC’s workforce was female. As WCC matured, it also established an efficient yet far-reaching distribution network, employing warehouses across the U.S. and the U.K.

In 1887, WCC started doing intensive research and development in order to expand its product range. One offering in particular – the “Jumbo” pocket watch – was a huge hit, right from its New York City test debut. The watch was named after the much-loved elephant from P.T. Barnum’s famous traveling circus (“The Greatest Show On Earth“). This brilliant use of licencing was a strategy WCC / Timex would successfully employ through many turning points in its history.

The “Jumbo” impressed Robert H. Ingersoll, a famous entrepreneur who would become a key partner of Waterbury Clock Company. Ingersoll, who began his career producing rubber stamps for his family’s business, had managed to establish his own stamp wholesaler. But the success of the Jumbo inspired him to completely shift gears. Shortly after seeing it, Ingersoll partnered up with his brother Charles to break into the pocket watch market. Soon, Waterbury Clock Co. was producing millions of pocket watches for marketing under the Ingersoll name.

The biggest Ingersoll breakthrough came in 1896 – the Ingersoll Yankee. Priced at just $1, the Yankee was the cheapest pocket watch on the market. Timex Ingersoll Yankee Pocketwatch Mark TwainBut inexpensive didn’t mean shoddy. WCC proudly guaranteed customers that Yankee watches would stand the test of time by selling them with a one-year warranty. $1 around the time of the Yankee’s debut was equivalent to about $30 today, according to the Bureau Of Labor Statistics. At the time, it was an unbeatable price for a must-have item.

The Ingersoll Yankee achieved enormous success, going down in history as “the watch that made the dollar famous.” By 1900, over 6 million Yankee watches had been sold. Even prominent figures of the day, such as celebrated author Mark Twain, praised the Yankee. Soon, other manufacturers rode the trend, introducing dollar watches of their own. But few could beat the solid craftsmanship of the iconic Yankee.

WCC’s teamwork with Ingersoll was a huge success, but they were about to get too big for their britches. Back in Waterbury, Benedict and Burnham had introduced a new prototype for a watch with cheap, brass pieces and were soon selling these little pocket watches like crazy, but all was not well. Poor salesmanship and overall mismanagement caused Waterbury Watch to fall into bankruptcy.

If not for Ingersoll, who Waterbury supplied, the Timex story could have ended here, but the “war to end all wars” broke out in 1914 and wristwatches suddenly appeared on the scene. Up until the early 1900s, wristwatches had been thought of as jewelry and therefore, thoroughly unmasculine. But in war, men didn’t have the time to dig a pocket watch out of their coats when they needed the time. The obvious choice was to throw the watch on the wearer’s wrist and Waterbury was one of the first companies to release a wristwatch.

They modified “The Midget,” one of the ladies’ watches they made for Ingersoll by moving the crown and adding lugs for a durable strap. After World War I, the lines between Ingersoll and Waterbury blurred to such an extent that it’s hard to determine to what degree they were separate entities. Regardless, their work on the wristwatch would serve as the template for pretty much all watches to come.

The Great Depression could have proved disastrous to the brands that would eventually become Timex, if not for a 1930 deal with a little company called Disney. Ever heard of it? The deal was first made public in 1933 at the Chicago World’s Fair and the Mickey Mouse watches and clocks became the company’s first-ever million-dollar line.

In 1941, Thomas Olsen and Joakim Lehmkuhl, industrialists who’d fled Norway after the Nazi invasion, acquired Waterbury Clock Company. Determined to support USA’s WWII efforts, they redirected WCC’s facilities and assets to produce defense-related timing devices. Appointed WCC’s President, Lehmkuhl made good use of his expertise as a trained engineer as well as a businessman. He led WCC to become the country’s largest producer of timing fuses and other essential timing equipment for the military.

The Second World War would be extremely lucrative for The United States Time Corporation as the brand became known in 1944. However; the brand wasn’t focusing on watches, but rather on precision timers for bomb fuses. But this business could last only as long as the war and when aggression petered out during the Korean War, USTC reverted to their original business model—watch manufacturing. The company’s war research ended up benefiting their watch designs, especially the use of armalloy, a new hard alloy that could be taken from wartime missile bearings and used to replace the costly jewels traditionally used in watches.

Though the Timex label was first used on a limited run of nurses’ watches during WWII, the first proper Timex watch appeared in 1950. The heads of the United States Time Corporation fully devoted themselves to lowering costs as much as possible. The Timex watch would be the cheapest watch on the market, thanks to clever manufacturing practices and those wartime innovations we previously mentioned.

Clever advertising helped too, and Timex became known as the “watch that takes a licking and keeps on ticking.” TV spots showed Timex watches being submitted to “torture tests,” which proved that the watches could withstand all manner of torment and keep on trucking. By the early 1960s, one in three watches sold was a Timex. The unforeseen success of this new watch led the company to change its name in 1969, and thus, the Timex Corporation came to be.

But Timex and the rest of the watch industry were in for a nasty shock. The so-called “Quartz Crisis” began in the early 1970s with the arrival of cheap mechanical watches from new Asian companies, which then was further exacerbated by the advent of quartz-powered digital watches from some of these new players on the scene. Timex, which had built its reputation on it sheer affordability was blown out of the water by even cheaper pieces and more reliable technologies. The company floundered and was forced to lay off thousands of employees and close plants. The Disney deal expired and Timex even launched a misguided and short-lived foray into the nascent home computer industry. Times were tough.

Things started to level out when Timex refocused on their roots: affordable timepieces. The Ironman Triathalon watch was the result of a collaboration between Timex and prominent athletes, a super-reliable and innovative sport watch that brought the company (once again) back from the brink. It was in this same period, the mid-1980s, that Timex introduced “Indiglo,” a feature that backlit the watch for extra legibility in difficult conditions. In fact, during the tragic 1993 World Trade Center bombing, an office worker used his Indiglo feature to help his colleagues navigate their way to safety down 40 flights of stairs. A literal trial by fire that proved the usefulness of this new feature.

Timex managed to roll with the punches and integrate the new technologies of the post-mechanical era to great effect. Though Timex struggled to find an identity after the Quartz Crisis, what saved them from financial oblivion was what had always been their strongest suit—cheap watches!

As is the case with most big brands, the Timex catalog is deep and wide, with something for everyone. But prices remain incredibly reasonable, sometimes as low as $25, and never cresting above $500. And Timex has always been great at hooking young folks — for many American watch collectors, it was a Timex that turned them on to watches, thus cementing the relationship between the company and memories forged in childhood. Though there are clear reasons people gravitate towards the luxury mechanical brands, all future watch geeks have to start somewhere. And usually, that somewhere is Timex. It takes a hit and continues a ticking.

Check out my related post: How a watch brand jumpstarted the fashion industry ? 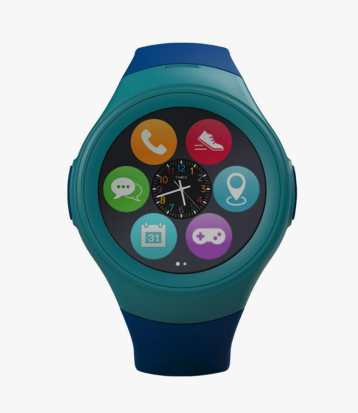 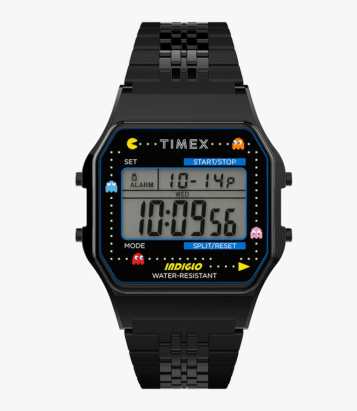 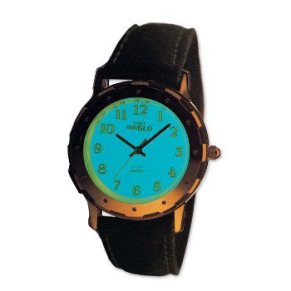 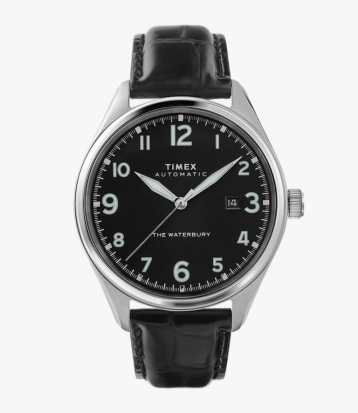