Have you visited Katong?

Katong does not disappoint with its hipster joints and traditional restaurants lining East Coast Road. There is Rumah Bebe, a restaurant that serves Chinese Peranakan cuisine and sells souvenirs, knick-knacks and trinkets. The exterior of Rumah Bebe is a striking turquoise, adorned with Peranakan tiles of flower motifs.

Katong, also known as Tanjong Katong, is a residential neighbourhood in the eastern portion of the of Singapore. Tanjong Katong is Malay for “Turtle Cape”. Perhaps it was a place where the katong, also the name of an extinct species of turtles, was often sighted in the past. It used to be located by the sea, but land has been reclaimed all the way to East Coast Park to provide more land for housing and recreational purposes due to the shortage of land in the late 1960s after Singapore gained independence.

In 1822, Raffles originally set aside the land between Tanjong Katong (which the British called Deep Water Point) and Tanjong Rhu (which they called Sandy Point) for ship building activities.

Katong’s shore was a number of plantations, which cultivated mainly cotton and coconut. Unfortunately, the cotton industry quickly fizzled out but coconut plantations continued to be a mainstay.

At the turn of the 20th century, Katong became popular as a weekend retreat for the rich who desired a break from city life. It quickly developed into a seaside “town” of sorts with recreation clubs, hotels, and mansions built by the wealthy.

One such villa was the Mandalay Villa, which used to be located along Amber Road. The mansion was famously occupied by Chinese businessman Lee Choon Guan and his second wife Tan Teck Neo. The villa was one of four holiday villas built by Lee’s father.

Other Chinese settlers such as Joo Chiat and Whampoa Hoo Ah Kay, the Jewish families Meyers and Elias, and Jose d’Almeida were some of the people who bought land along Katong.

Katong was the location of many villas and mansions of the wealthy elite in the late 19th to the mid-20th centuries. They made their fortunes in the Far East and built seaside resorts, villas and manors along the beachfront of Katong, beginning from Katong Park to the end of the East Coast.

Changes have also happened in recent history. East Coast Road was once lined with Katong Laksa stalls with each one claiming to serve the original Katong Laksa. Today, only 328 Katong Laksa remains at 51 East Coast Road. Its chef defeated celebrity chef Gordon Ramsey in a laksa cooking showdown in 2013. While the stall has evolved into a chain with locations at Thomson Road and Tiong Bahru, foodies are still returning to Katong for the classic hawker dish.

Down the road, Forty Hands offers a wide selection of coffee and food choices, from the Western staples of toast and scrambled eggs, pasta and burgers to local delicacies such as red bean buns and steamed buns with braised pork. A few shops away is Brawn & Brains Coffee, serving quality coffee and a selection of pastries. At 63 East Coast Road, Birds of Paradise offers healthy gelato, with flavours such as Spiced Pear, Strawberry Basil, White Chrysanthemum and Lychee Raspberry.

Meanwhile, The Red House is now occupied by Heavenly Wang, a local franchise serving breakfast staples – coffee, toast and eggs – on the first floor, and residential units on the second floor. Opposite The Red House, the former Roxy Theatre has become Roxy Square, a mixed-use commercial and residential development, while the old Joo Chiat Police Station, next to The Red House, has been conserved and is now part of Hotel Indigo.

The area is also home to malls including 112 Katong (formerly Katong Mall), Parkway Parade and Katong Shopping Centre, as well as reputable schools such as Tao Nan School, one of Singapore’s oldest primary schools. Pay the area a visit and explore the various sights, foods and sounds of the place. It also happens to be the place where I grew up so it holds many a special meaning for me. 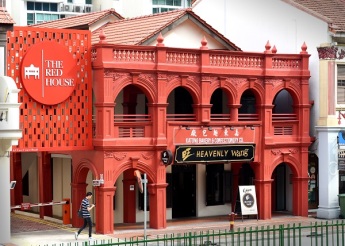 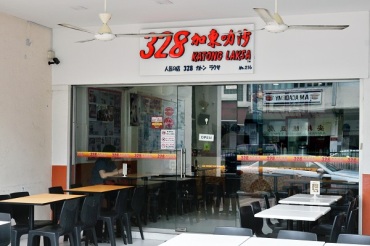 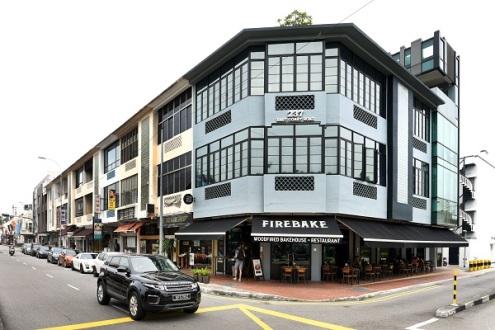 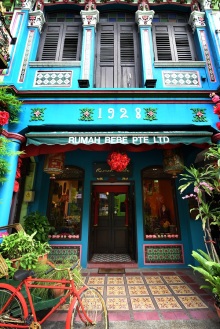 Check out my related post: How to move the tummy and soul?