How to make social media addictive?

I was going to title the post "are you addicted to social media" but it sounded like I was taking a pot shot at social media. So let's put a positive spin on this. It is not uncommon to find articles talking about social media and addiction in a joking manner, but as a society we are increasingly becoming obsessed with technology. While social media is a great way to connect with people all over the world, it should not overshadow any aspect of your life. How do you determine whether you have a social media problem?

One of the things that makes identifying problematic online and social media habits difficult is that the majority of us must engage in social media for work, to keep tabs on family members, and even to find discounts and information about essential errands such as grocery shopping. Visiting social media sites many times a day and spending significant time on them is not alarming in and of itself. When a habit interferes with your daily life, however, you should be concerned. If you find that you are becoming so absorbed in social media that you are neglecting work or school, ignoring your family and pets, and withdrawing from people and activities you used to enjoy, you may have a problem.

The Telegraph has 12 signs that you have an addiction to social media:

Here's the kicker. There are some of us that believe that this addiction is not an accident but really smart marketing. Social networks are consciously orchestrating a user experience designed to increase dependency. In fact, they’re using psychological triggers and tricks from casinos, among other tactics. These companies may not have wanted to create “slot machines”, but their goals have driven them to build such products. Some studies have even found that Facebook influences the brain just as alcohol or drugs might. Early last year, Facebook head of marketing for North America, Michelle Klein, bragged about how the average Millennial was spending about 145 minutes on the social network daily, and checking his/her phone about 157 times.

Tech platforms have begun to push apps for that very reason, so they can captivate users via devices that they always have on their person: mobile phones. Several users have already begun to classify social media dependency as an issue, as have mental health institutions. They even have a term for when people attempt a detox, but succumb to withdrawal symptoms and fail. It’s called social media reversion.

So here's the way they do it from a really insightful article by Drumup. It provides seven principles behind social media addiction. And because you are all really busy people, I am going to make a summary for you.

1. Illusion of control
People love being in control and having the power to make things happen, effortlessly. Many products use this behavioral tendency to build irresistible offerings. Product designers work on creating controlled systems that mirror and manipulate the functioning of your mind. Essentially, all design is intended to drive you to perform certain actions, so there’s no room left for unguided thinking. You have the power to like and react to other people’s posts, but you’re in turn a slave to likes and reactions on your posts.

2. Intermittent variable rewards
We discussed how the average millennial checks his/her phone over 150 times a day. Why do you think that is? Are these people making 150 conscious choices when doing so? One of the most certain why to make an app addictive is by turning it into a slot machine. How does a slot machine work? It links a user’s action with variable rewards.
So if a user pulls a lever, he’s either given an exciting reward, or nothing.

Twitter notifications and follower numbers are recognized as rewards by your brain.
App notifications are slot machines in a way. If you turn on your wifi or data on your mobile phone, you sometimes get notifications from Facebook and other times you don’t. Some of your Facebook photos end up being very well-liked, while others are ignored. But to check on them, you probably turn on your data and look at your device multiple times a day.

3. Fear Of Missing Out (FOMO)
99DaysOfFreedom is a website that encourages people to quit Facebook for 99 days. Cornell University used data from the website to study how people fared at Facebook detox. They found that many face withdrawal symptoms and ultimately fail.
The withdrawal symptoms are closely related to FOMO, or The Fear Of Missing Out.
If you’re convinced that an app is giving you a continuous stream of must-know information, entertainment, friendships and prospect sexual relationships, it’s hard to quit or unsubscribe, because you could miss out on something important.
nePlus created an invite based system when launching their first mobile device. Only people with an invite could buy the phone, and the limited stock created an exclusivity.

4. Social validation
Human beings have always been vulnerable to social validation. In the social media age, the behavioral tendency is carried onto social networks. 80% of our online conversations are self-admission, as compared to only 30-40% of offline conversations. This proves the desperate need for approval that social media nurtures. Facebook uses automatic suggestions to drive people to act, causing a chain-reaction of social media interactions and interruptions. The human need for belonging and validation compels users to consistently participate in such activities.

5. Social staging
Social media revolutionized communication by breaking barriers and shrinking the world into one massive, accessible platform. In a way, social acts as an extension of our offline world. People can create and embody identities on social networks. Users get emotionally attached to the networks because they can experience emotional dynamics and interactions on them, just as they would offline. However, since social media simulates offline social dynamics on a large scale, users are also subject to downsides like anxiety, low self esteem and paranoia when their expectations aren’t fulfilled.

6. Infinite refills
Brian Wansink, an academic at Cornell University, proved that you can get people to consume more by giving them infinite, automatic refills. In his experiment, people who ate soup out of bottomless bowls ate 73% more, and estimated that they ate 140 calories less. Social media feeds that automatically refresh expect you to keep scrolling. Autoplay videos also work on the same principle. You’re force-fed content even when you aren’t particularly interested. A major amount of traffic and views on certain sites is driven by autoplay videos and infinite refills. YouTube’s suggestions and post-video autoplay are examples of this tactic. Tech companies claim that they’re reducing user effort by autoplaying videos, but the fact remains that users also end up viewing videos that they’re not interested in.

7. Instant disruptions
Apps use real-time sounds and vibrations to keep you hooked. Even if a lot of people have messaged you on Messenger or Whatsapp, it’s the notification sounds and lights that get you to react. Many messengers even convey activity by displaying three moving dots, so you know if someone’s writing back and you’re compelled to continue staring at your screen. Sound and vibrations also create a sense of urgency that users get affected by, ultimately resulting in anxiousness and minor withdrawal symptoms when messages are not acknowledged or responded to.

So there you go, the seven principles behind social media addiction. So now you understand what they are doing. If you have a "can't beat them so join them" mindset then think about how you can use them in your marketing strategy and to build an easy-adoption product and brand experience. 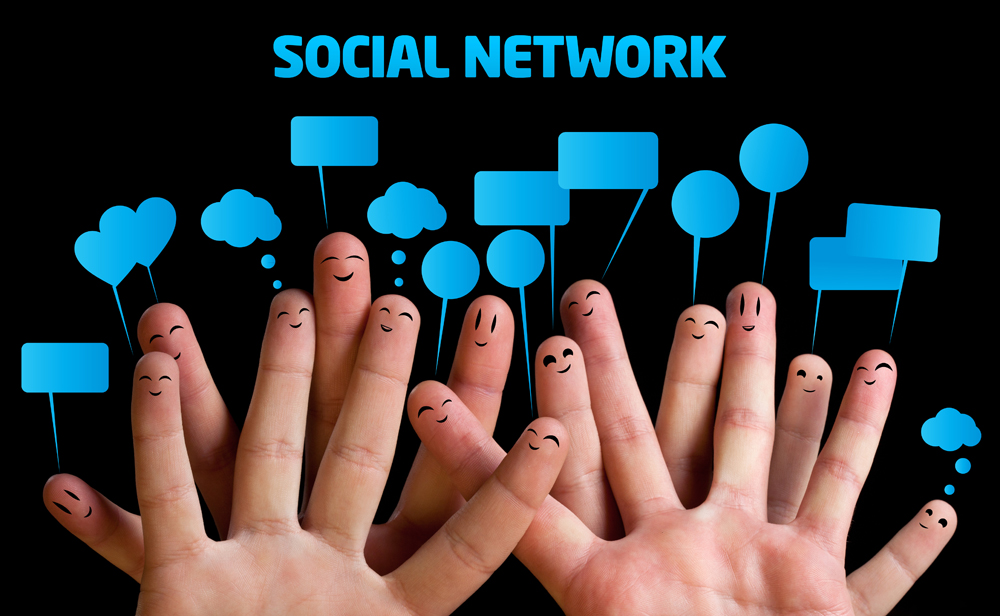